Sexually transmitted infections or STIs are very common and recurrent problems that men and women may face at any point of their lives. Though these problems are most common among sexually active young people, it doesn’t mean that people of other age groups will not suffer due to such infections. Even a child can suffer from STI complications if the mother is infected during her delivery.

The worst thing about STIs is that they are not easily detectable and starting proper treatment of the situation is often delayed as a result. In addition to this, an infected person fears several obstacles, resulting from cultural constraints. Naturally it becomes difficult for him or her to discuss the problems with others. Unless the treatment for STIs isn’t started at the right time they may make your immunity system weak. Automatically you will be exposed to the threat of being infected by several other life-threatening infections. In addition, reluctance to address the situation may lead to painful health conditions. 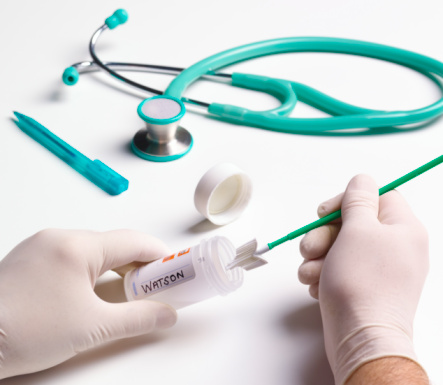 What are the main causes of sexually transmitted infections?

There are mainly three factors that play a leading part in spreading the sexually transmitted infections. First and foremost, the unprotected sexual acts play the most important part in spreading the infection. STIs are highly infectious in nature and skin contact between partners during an act of sex helps in bearing the infection from one partner to the other. It is a common misconception that heterosexual people only suffer from sexually transmitted infections. It is also widely believed that people cannot get infected if they are involved in other forms of sexual acts, apart from intercourse. However, there is no logical foundation of such arguments. STIs can spread through anal intercourse, acts of oral sex and even through sharing sex devices.

People with the habit of changing their sexual partners are at a great risk of being infected by sexually transmitted diseases. Practically, it is not possible always to take precautions before romantic intimacy because this is something that doesn’t happen with planning. In such cases, if you partner is already infected, there is 60% chance that you will also be a carrier of the disease on your first intercourse. If a person is sexually active since his/her childhood he/she is also under the risk of suffering from STIs. Sexually transmitted infections can also affect a child if the mother is a carrier of any disease. There is a high chance that during delivery the infection will pass on to the child.

Why it is important to get an STI test and additional information:

The low detectability of STIs makes them hard to diagnose and the more your delay your treatment the more you you will put your health condition in jeopardy. Normally symptoms of the STIs become visible after 2 weeks from the day of infection. On the contrary an STI test can tell you immediately whether you are infected or not and you can start your treatment sooner. The most convenient ways for STI testing are GUM clinics and STI home test kits. The popularity of STI home test kit has increased considerably over the last few years as people prefer to purchase it over internet for their convenience.

Genital herpes test: Genital herpes is one of the most common forms of STIs in the UK and if not diagnosed soon theycan lead to serious problems. The genital herpes test with the help of your urine sample will confirm whether you have the infection so that you can start your treatment without delay. Using the genital herpes home test kit makes the entire process simple for you and this process is more secure that the GUM clinic test.

Bacterial Vaginosis test: Bacterial Vaginosis (BV) makes your physical system more prone to infections like pelvic inflammatory disease or endometriosis. This health condition is most common among women and the infection occurs due to unprotected sexual intercourse. With the bacterial vaginosis test you will be able to avoid these painful conditions easily.

Ureaplasma Test: Ureaplasma Urealyticum is quite a common STI that is difficult to diagnose due to lack of symptoms. Leaving this situation untreated may lead to sepsis, one of the most painful physical conditions. The ureaplasma test will help you to address the situation very soon and with use of the right medication you can avoid further complications.

Find out the detailed information on STI STD Home Test Kits from the online lab, LabsDirect.com.