You are here: Home › Articles › Health › Everything You Need to Know About Fatty Liver Disease

In 2015, the American Liver Foundation concluded that approximately 25 percent of Americans had non-alcoholic fatty liver disease (NAFLD.) A 2015 study stated that NALFD was a serious health concern in the United States, rising to the level of an epidemic. 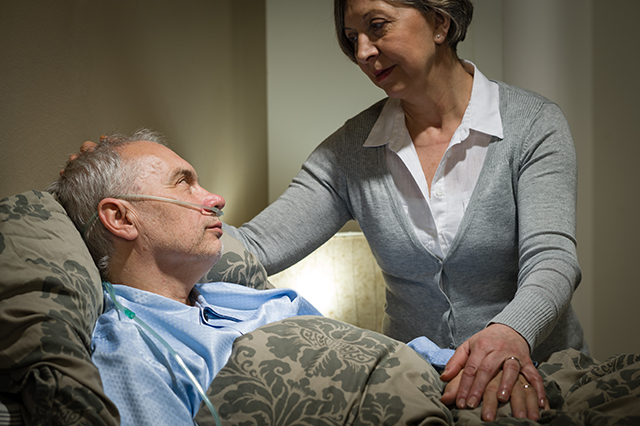 While many women don’t think twice about the health of their livers, NAFLD has become a serious health problem for many Americans today. Health officials are saying that you should be more aware of your liver because this condition has become so prevalent.

NAFLD is a term that is used to describe liver diseases that are not caused by excessive consumption of alcohol. This term applies to damage to the liver that is related to fat. While it’s true that there are numerous sub-forms of this disease, all of them are directly caused by an excess of fat in the liver cells.

When fat begins to accumulate, it can lead to significant inflammation, which can result in damage to the liver. Because most people are asymptomatic at this point, they do not know what is happening in their own bodies. The inflammation worsens and causes scar tissue to develop. This scar tissue eventually leads to cirrhosis, which is essentially scarring of the liver that can result in complete liver failure.

There is a certain progression that NAFLD follows, and it’s important that you are aware of it.

The very first stage in the progression of NAFLD is the initial buildup of fat in the liver cells. This is directly connected to obesity and excess body fat. The disease usually doesn’t present with any symptoms at this stage.

The next stage is inflammation, which results from fat building up to a certain point. This condition is sometimes referred to as NASH or Non-Alcoholic Steatohepatitis. It is essentially liver inflammation and damage that results from the extensive accumulation of fat.

The last and most serious stage of the NAFL disease progression is cirrhosis, which develops after years of scarring from excessive inflammation. The liver can actually change shape and no longer function properly, leading to complete failure or even liver cancer.

Women who have PCOS or Polycystic Ovarian Syndrome tend to have other health issues, such as obesity, diabetes, and blood pressure. All of these health problems can contribute to developing the kind of liver damage that comes about from NAFLD. PCOS is a condition that affects women, and it results in imbalanced levels of estrogen and progesterone.

There are a number of risk factors for NAFLD that you will need to be aware of as a woman. The more of this information you have, the more effectively you will be able to avoid developing this condition in the first place.

The fact is that being overweight or obese is the number one risk factor for developing NAFLD, which means that it’s incredibly important for you to maintain a healthy weight throughout your lifetime. If you have more fat around the middle of your body, including your hips and thighs, you are more likely than others to contract NAFLD.

It is important to keep in mind that excess body fat can be just as damaging to the liver as long term excessive alcohol consumption. A diseased liver resulting from excess fat looks very similar to one that has been damaged by alcohol abuse.

The Mayo Clinic reported a sharp increase in NASH-related cirrhosis in liver transplant recipients back in 2012, and that number has only been rising since then. Fat alone doesn’t harm the liver, but rather a number of related conditions work together to speed up liver damage. These conditions are directly connected to obesity and being overweight.

Connection between NAFL and Diabetes

Over 90 percent of those who have type 2 diabetes are significantly overweight or obese, and the American Society for Metabolic and Bariatric Surgery (ASMBS) has referred to obesity and diabetes as “twin epidemics.”

A person who contracts diabetes is more likely to develop liver disease of some kind. Being significantly overweight can lead to insulin resistance, which in turn leads to a buildup of blood sugar. The amount of free fatty acids circulating in the bloodstream can also rise substantially. This is essentially what causes inflammation and damage of the liver.

How you can Reduce your Risk of Developing NAFLD

It’s crucial that you know how to reduce your risk of developing NAFL as much as possible, because it is a very serious condition. A simple blood test is able to detect it, though it’s important that you check with your doctor if you are obese and/or have diabetes. The sooner this condition is detected, the sooner you can get treatment and begin making the necessary lifestyle changes.

Eating right and exercising on a regular basis is really the best way for you to avoid developing NAFLD. The sooner you start doing these things, the better your chances are going to be of avoiding serious damage to your liver.

If you are obese, have high blood pressure or diabetes, it is very important that you get regular blood tests to make sure that your liver isn’t being damaged as a result of this condition. By staying on top of it, you will be able to minimize damage to your liver and body as a whole.