You are here: Home › Articles › Health › Short and Long Term Effects of Stimulants

Stimulant drugs are among the most common and most addictive drugs on the planet. In fact, more people are in treatment or rehabilitation for stimulants than for any other type of drug. Stimulant drugs give the user a temporary boost of energy and greater sensitivity to surroundings.

In many cases, those who get addicted to stimulants will eventually need to stay at long term drug rehabilitation facilities for treatment.

Unfortunately, because stimulants are so addictive, many users get hooked after using them just a few times–sometimes even after the first use. 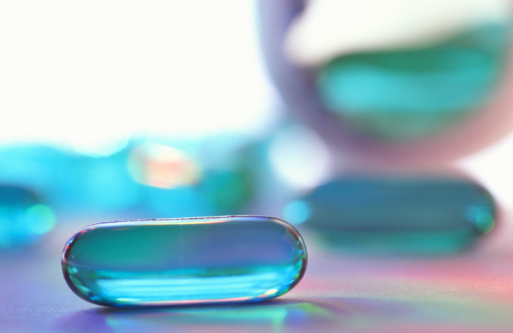 There are a number of stimulant drugs on the streets today, and these are some of the most common.

More people worldwide use cocaine than any other stimulant, and it is one of the most addictive drugs anywhere. Most commonly snorted through the nose, cocaine can also be smoked or injected.

Most people who try crystal meth are addicted within just a few tries. Whether smoked or injected directly into a vein, the effects of meth are intense.

Also known as speed or uppers, amphetamines give users a burst of extreme energy–making them especially popular with dieters or those who need or want to stay awake for long periods of time, like college students. Amphetamines generally come in pill form to ingest orally; however, it’s also possible to abuse amphetamines by crushing and snorting them or adding liquid and injecting them. Amphetamines are highly addictive since the effect wears off quickly and the “crash” is unpleasant.

The most noticeable effect of a stimulant is an immediate burst of energy–users are literally stimulated. They may appear manic or hyperactive, talk exceptionally fast, be jumpy or twitchy or just have more energy than seems normal. In some cases, users become anxious, confused or irritable. Stimulants also cause decreased appetite, which is another reason they appeal to dieters.

Internally, stimulant drugs immediately increase the user’s heart rate and blood pressure–sometimes to dangerous levels. This is because stimulant drugs constrict blood flow through the blood vessels, forcing the heart to work harder.

When the effect of the drug wears off, the user “crashes.” S/he might immediately become lethargic or even pass out and sleep heavily. In many cases, breathing becomes difficult, as the crash can cause shortness of breath or irregular breathing patterns. Other short-term physical effects of stimulants include vision problems, such as blurred vision and dilated pupils, nausea and muscle spasms.

The “crash” effect of stimulant drugs is what causes most people to become addicted. Once the drug wears off, the user immediately feels extreme exhaustion and often seeks another “hit” to get that high energy back again. However, over time, addicts require stimulants to have any kind of energy at all–they aren’t necessarily trying to get high, they’re just trying to get out of bed.

Using stimulant drugs for an extended period of time can have serious consequences in a user’s life. First, it’s easy to develop a tolerance to the drug–meaning that over time, more of the drug is required to maintain the high. Users will take more of the drug to get the desired effect, increasing damage to the body and the chances of an overdose. Stimulant addicts often develop problems with their moods or aggression, with potentially violent mood swings possible at any time.

Long-term stimulant use has a profound effect on the body as well. Sustained elevated heart rate and blood pressure can damage your heart and possibly cause serious health issues, including a heart attack. Abusing stimulants can also cause a dangerously elevated body temperature, known as hyperthermia. Over time, having a decreased appetite can cause extreme weight loss, and in some cases, anorexia. Stimulant addiction can cause cognitive problems as well such as hallucinations and delusions. Extended drug use also wears away at the user’s teeth; dental problems often include rotting or lost teeth.

Regularly snorting cocaine will damage the user’s nose and nasal passages. The problem often begins with a chronic runny nose and extends into chronic nosebleeds, hoarseness, damage to the nasal passages and even loss of the sense of smell.

Using methamphetamines often causes the development of homicidal and suicidal thoughts, which increases the chance that the user will engage in violent acts. Meth also intensifies sex drive, making it more likely that a user will engage in risky sexual behavior and contract a sexually transmitted disease.

Addiction to any kind of drug has long-term effects on finances and relationships as well. As users become addicted, and their need for increasing amounts of the drug grows, they can experience financial ruin. It’s easy to spend thousands of dollars on drugs in a short period of time when one is seriously addicted. The short and long term effects of stimulant drugs are absolutely devastating to the lives of users and their families.